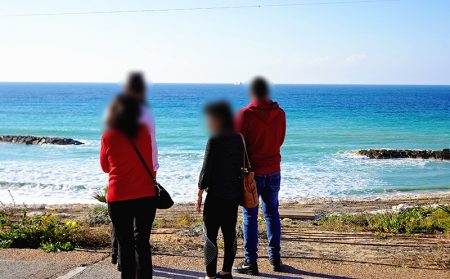 Muhammad and his mother walking along the Gaza-Israel border

Born to an Israeli mother and an Arab father, Muhammad grew up with his father in Gaza, unaware of his Jewish roots. At the age of 30, following intensive efforts by Yad L’Achim, an organization dedicated to Jewish continuity, he did the impossible, crossing the border into Israeli territory where he was finally reunited with his Jewish family.

This is Muhammad’s story:

Thirty years ago, Rina*, an Israeli teen, fell in love with a handsome Arab, and the two had a baby. One day when their infant was about six months, her boyfriend took the baby, crossed the border into Gaza, and was never seen again. For three decades, Rina remained with a giant void in her heart, wondering what had become of her child. Yet all that changed last week when Muhammad, now a man of 30, took initiative to cross the Gazan border; and exercising his legal rights under Israel’s Law of Return, which offers every Jew the right to come and live in Israel and gain Israeli citizenship, became a bona fide Israeli citizen.

The relationship between mother and child first reopened two and a half years ago when Rina determined that the time had come to find her long-lost child and appealed to Yad L’Achim with a heartfelt request to help find her son. Yad L’Achim is a non-profit organization whose mission is Jewish continuity. Its flagship Special Projects department locates Jewish women and children trapped against their will in Arab villages, rescues them from captivity, and guides their positive reintegration into Israeli society. In many cases, rescue operations are conducted in top secrecy in the knowledge that the lives of the women, their children, and the operatives are at stake. Since its inception, Yad L’Achim has rescued thousands of Jewish women and children from life-threatening situations, and reunited many long-lost families in Israel.

“She didn’t believe it would ever happen. She didn’t believe it could happen. It was her neighbors who urged her to contact us altogether, but the moment we received the call, we resolved to do everything in our power to find this boy – now a man,” relates Yad L’Achim Special Projects Director Yossi Eliav. 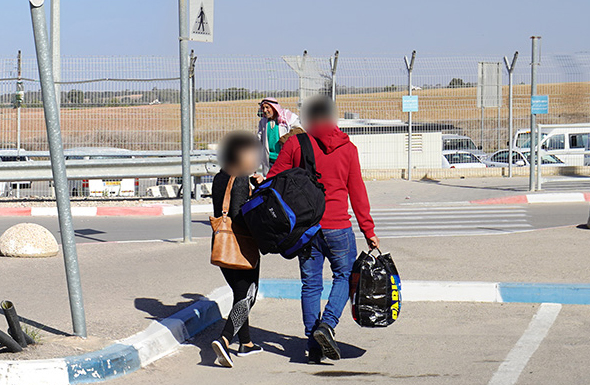 Clandestine inquiries and exhaustive research finally revealed that Muhammad, who was already in his late 20s, had grown up as a Muslim in the northern part of Gaza. With great effort, they obtained his cellphone number
and relayed the information to the incredulous mother.

“The very first time she called and told me, ‘I’m your mother,’ I nearly dropped the phone. I barely spoke a word of Hebrew at the time, and I was so shocked that I was speechless,” relates Muhammad. “I asked my uncle to speak to her and verify the facts. Two-and-a-half years later, with tremendous support from Yad L’Achim, I’d learned Hebrew, and we were speaking daily.”

Once the initial shock of the disclosure wore off, mother and son began developing a warm relationship. Supported and guided by Yad L’Achim, Rina felt prepared to do the impossible – to bring her son from Gaza back to Israel proper where he would have more prospects and the opportunity to meet his extended family and discover his Jewish roots. Exercising his rights under the Law of Return, Muhammad crossed the border and received his Israeli identification number – becoming a full-fledged Israeli citizen.

“I can’t describe the feeling. I can’t believe that this day has really come after thirty years of heartache and endless waiting,” expresses Rina, still overcome with emotion.

For the first time since infancy, Muhammad is living with his mother and discovering life on the other side of the fence. His Hebrew is improving daily, and he already has a job lined up. “I have many friends who envy the fact that I’m living in Israel. Here in Israel, people respect each other; they value life. Here, there are jobs and opportunities. Gaza is one giant jail.”

“I’m so happy,” expresses Rina. “I want him to work and marry here. I want to be a mother all over again.”