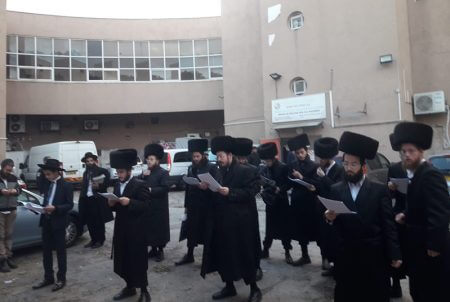 Last month, Yad L’Achim’s countermissionary department organized an emergency meeting in Ashdod that attracted some 500 avreichim from around the city. At the conclusion of the meeting, which was graced by the city’s admorim, Chief Rabbis and local Rabbanim, a signup list was posted for those wishing to join in Yad L’Achim’s efforts against missionaries, and more than 100 people volunteered.

For their first activity, Yad L’Achim chose a Kabbolas Shabbos to be held at the entrance to the largest missionary congregation in the city, located in the industrial zone.

The congregation, which adopted for itself the name “Beit Hillel,” is active among Jews from Ashdod and surrounding areas with the goal of converting them to Christianity. Though Yad L’Achim maintains constant protest shifts outside the congregation during the week, the missionaries understood that activists couldn’t come on Shabbos, since the congregation is located outside the city.

As a result, the missionaries began organizing a weekly “Kabbalat Shabbat” of their own, to which they invited innocent Jews to bring in Shabbos in their church, which they presented as a shul…

This past Friday night, they were surprised to discover some 20 avreichim who had arrived by organized transport just moments before the onset of Shabbos, in chassidesh garb, and held a joyous Kabbolas Shabbos at the entrance to the church.

The avreichim took the opportunity to speak to the Jews who had come to the missionary congregation and explain to them their mistake. They handed out theological material that told the truth about the missionaries’ efforts and invited them to see, for the first time in their lives, an authentic Kabbolas Shabbos, complete with joyous singing.

Many of the 200 Jews who had arrived at the missionary facility that Shabbos night stood open-mouthed at the extraordinary Tefillah. Many spoke to the Yad L’Achim volunteers and expressed interest in the prayers and the Shabbos clothes, and even took the religious materials that the volunteers had brought with them.

The missionaries, taken aback by the events, quickly called the police to complain, but when the latter arrived and saw what was going on, they screamed at the missionaries for filing a false complaint and wasting their time.
“The religious Jews who’ve come here are acting in an honorable fashion and in accordance with the law,” the police said, warning the missionaries not to call again.

Yad L’Achim expressed great satisfaction at developments. “The missionaries were furious,” said an official. “They never expected us to surprise them in that way in order to save innocent Jews from falling into their trap.”

The organization said that it plans to continue these efforts and even to increase the number of avreichim who participate in them. It is calling on the public to call Yad L’Achim’s hotline to receive additional details on how to join. 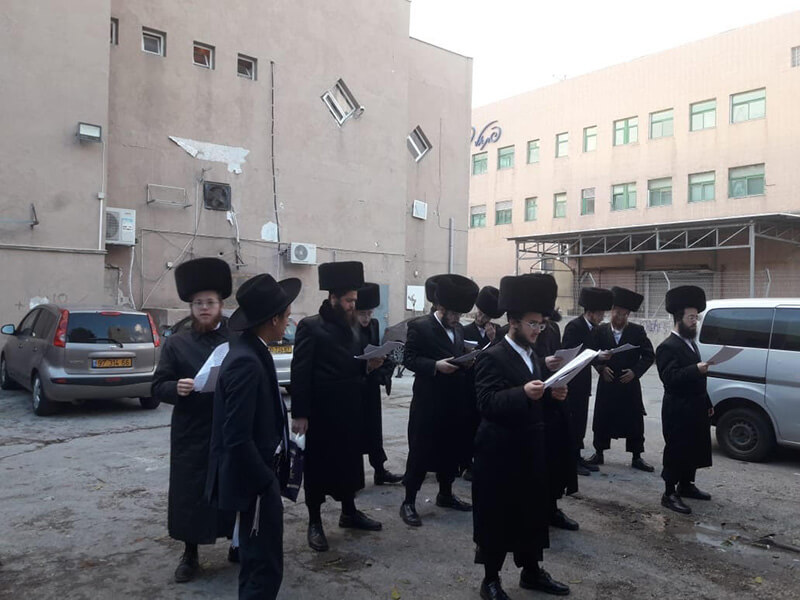