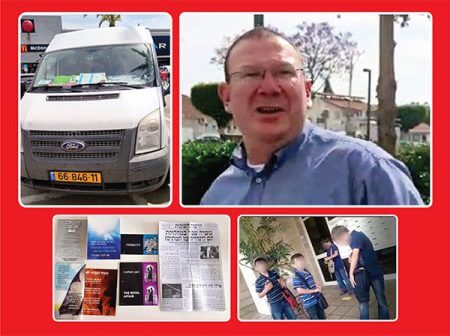 Just a year after Andrew Lewis, an Australian missionary, left Moshav Otzem in the south, due to pressure from local residents, he has surfaced in the north. Yad L’Achim suspects that Lewis, one of the country’s senior missionaries, is living in a small yishuv whose residents don’t understand what he’s up to.

Last week, during the final days of the bein hazmanim vacation, Yad L’Achim received many calls from vacation sites in the north and from several cities – Haifa, Afula, Charish, Kiryat Shmuel – reporting on widespread missionary activity. Based on the kind of materials being distributed, the organization knew that Lewis was behind the campaign. Activists and volunteers spread out across the north to catch him in the act and to warn off the many local tourists in the area.

At the same time, concerned Jews sent Yad L’Achim pictures from security cameras showing the distribution of missionary material so that the organization could positively identify Lewis as the person behind it.

Lewis’ determination to distribute the material can be seen in the attached film which shows his children dangerously hanging out of a vehicle to toss out missionary pamphlets. Lewis takes his children with him so that passersby won’t suspect that he’s a missionary.

Residents who saw the images of children with their upper bodies hanging out of a vehicle were shocked. “It’s not enough that missionaries distribute their material, but they also endanger their children!”

Yad L’Achim suspects that, based on his track record when he hid out in Kibbutz Maayan Baruch near Kiryat Shomona and in Otzem, that Lewis is hiding in a small yishuv in the north where he isn’t recognized and which he uses as a launching point for his operations.

Lewis is likely hiding his true faith, as he’s done in the past. “We ask the public to keep an open eye and notify our emergency hotline in the event they encounter him, so that we can respond quickly for the welfare of innocent Jews.” 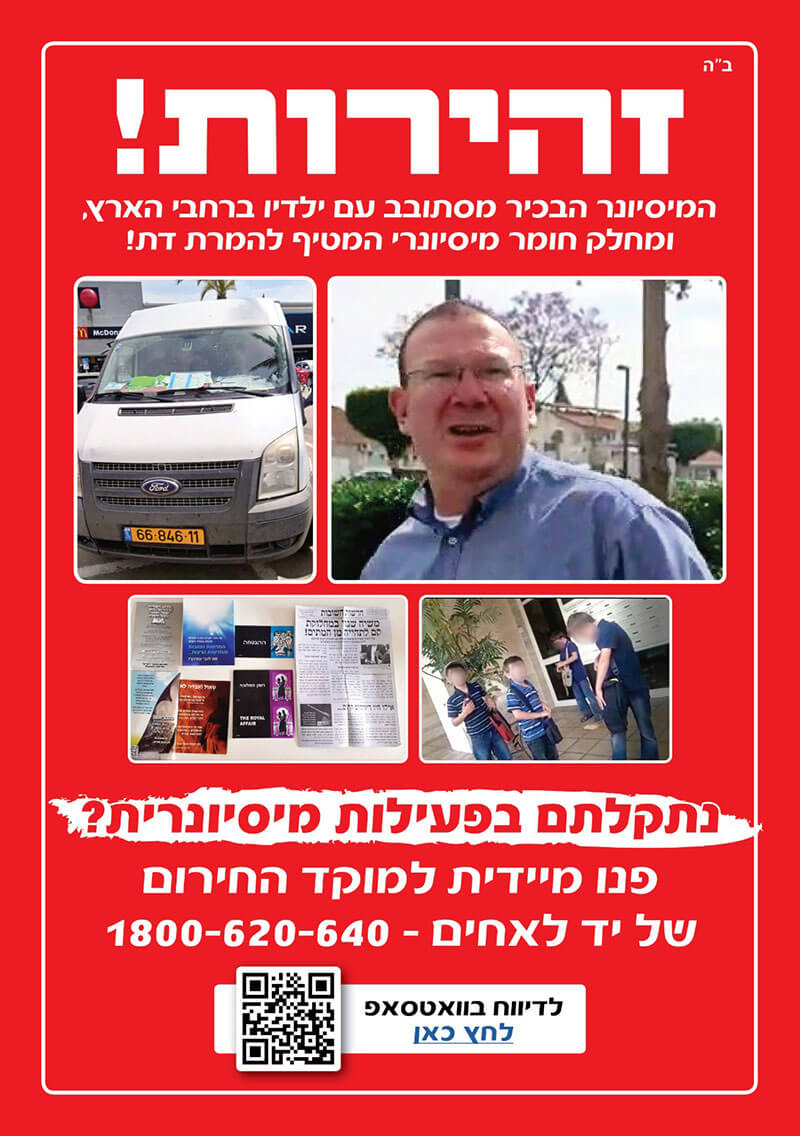 Children of the missionary are filmed putting themselves in danger to distribute their father’s material.