Anticipating that missionaries will be taking advantage of the fifth coronavirus wave to reach out to bored youngsters quarantined at home, Yad L’Achim has distributed a special film warning parents to protect their children and monitor online materials they are exposed to.

Yad L’Achim refers to internal documentation highlighting missionary intentions to preach the gospel over the internet, with a clear goal of reaching children who are spending long hours in front of a computer screen without the presence of a responsible adult.

The first signs of this program came to light during the previous lock down when Eitan Bar, one of the leading missionaries in Israel, openly proclaimed that it would be used to preach Christianity. “Our government here in Israel announced another lock down, a total lock down of the country,” he said. “No one can leave his home, no one can go to work. All anyone can do, more or less, is to tune into YouTube and watch videos. This makes us very happy because we are on YouTube all the time spreading the Christian gospel… We would love to receive your help to promote our videos online, to strengthen our presence on YouTube so that Israelis will be able to watch our films. We’d really love it if you’d connect to us on a monthly basis so that we could chalk up more views by more Israelis for these videos. We pray for the Jewish people, pray for the Jews that they be exposed to the Christian gospel, and that these things will touch their hearts.”

In a lecture delivered to evangelical Christians abroad, Eitan Bar speaks openly of taking advantage of the internet to reach children despite the fact that this is forbidden by Israeli criminal law. “We go straight through the phones of the children and through their computers,” he is caught on film saying.

Yad L’Achim says that while the Israeli public sphere has always been filled with divergent views and outlooks, a line must be drawn between legitimate discourse and ideas promoted by alien, hostile elements trying to make cynical use of the chaos for their dark needs, to preach to Jews to convert out of their religion.

An official from the counter-missionary department clarified: “Over the years, foreign Christian churches from around the world have wanted to influence Israeli society, but the public has always looked askance at them and pulled back. Therefore, the missionaries created IGOD, an organization with an innocent-sounding name through which missionaries speak in a language that any Israeli would understand. IGOD is a branch of One for Israel, a Christian missionary organization that is based in Texas and preaching Christianity to Jews here.

“Two Israelis who are dominant figures in the organization are Erez Tzoref and Eitan Bar. Both received their basic training in evangelical colleges like Wheaton College and the Liberty University, which are all about preaching Christianity and faith in that man.”

Yad L’Achim added: “To an Israeli audience, Tzoref and Bar look like regular Israelis, with academic credentials. This makes it easier for them to transmit the message of the evangelical church to the local public in a misleading way, one that incites against Kodshei Yisrael, R’l. They don’t tell you you about the foreign money that finances their activities in Israel. But they are very clear about their activities with evangelical donors abroad. This organization has one goal: to convince errant Jews to convert out of their religion and to believe in that man and in the Christian faith.

“They wrap their evangelical message in pretty words on human rights and hide their true intention, which is to tell us about that man and Christianity. Be careful,” concludes the Yad L’Achim message that is being distributed online.

Meanwhile, Yad L’Achim’s legal department is preparing to file an official police complaint against the missionaries over the clear violation against preaching to minors to get them to convert out of their religion. 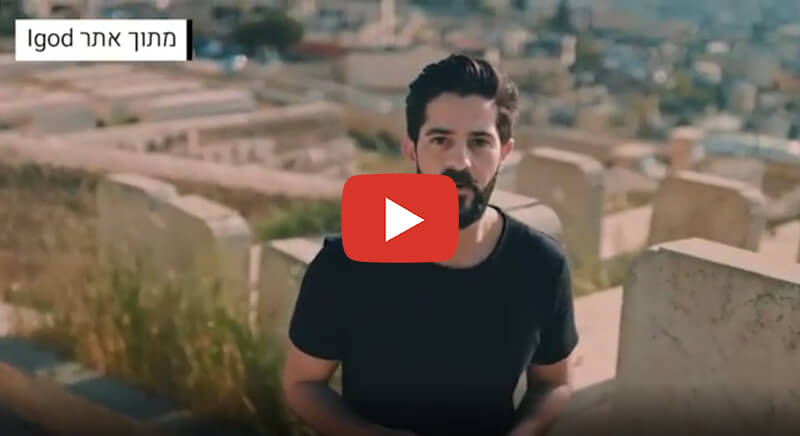 A special video urging parents to protect their children from missionaries