The obligation of the individual in his world. Rabbi Deutsch speaks.

The conference, held in the Beit Malka halls, was opened by Rabbi Chaim Deutsch, one of Yad L’Achim’s senior lecturers, who spoke of the dedication of the organization’s activists who work tirelessly to prevent missionaries from achieving their goals. Rabbi Deutsch stressed that the partnership of each and every member of the public in the activities of Yad L’Achim is an answer to the question, “Did you yearn for the yeshua?”

“Here, we’re given the opportunity to show that we did indeed yearn for the yeshua, that we did everything so that the Shechinah would dwell among us,” Rabbi Deutsch said.

At this point, Rabbi Deutsch invited the first speaker, Rabbi Binyamin Kluger, to address the audience. Rabbi Kluger, a former missionary who today serves as a special consultant to Yad L’Achim, mesmerized the overflow crowd with his personal story and his first-hand accounts regarding the instructions he’d received to convert Jews out of their religion. “It’s better to baptize one Jew than to baptize 100 goyim,” he was told.

His words were accompanied by a power-point presentation that included authentic film snippets taken by Yad L’Achim showing missionaries dressed as chareidim circulating undisturbed in chareidi neighborhoods. Rabbi Kluger also detailed the broad range of activities initiated by the Yad L’Achim to combat the missionaries.

The next speaker was Harav Shmuel Lifschitz, one of the leaders of Yad L’Achim, who discussed some of the lessons to be learned from the recent terror attack in which yeshivah student Dvir Sorek, Hy”d, was murdered. 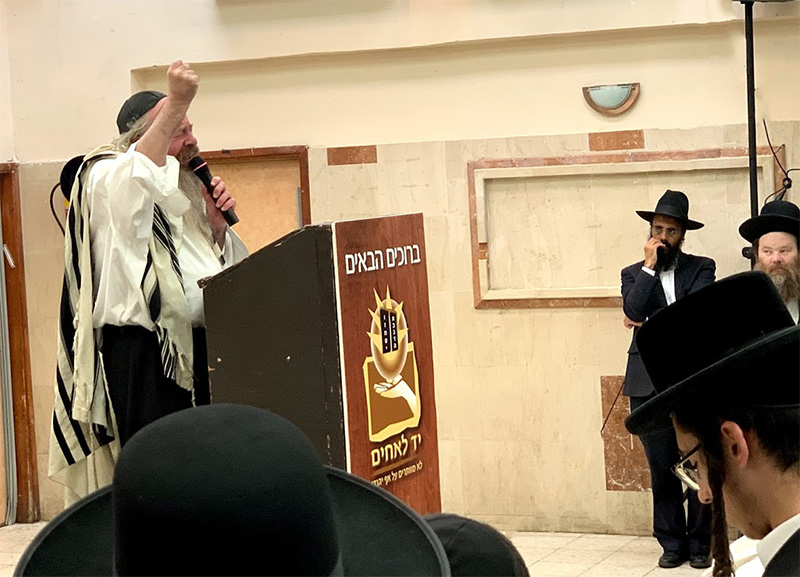 “When it comes to threats, be they physical or spiritual, the lone Jew is vulnerable. The words of the Gemara – ‘a tzibbur doesn’t die’ – teach us that the tzibbur is a living thing; when you gather together a few Jews they are protected. The power of the missionaries is in their ability to catch Jews who are isolated. They pounce on those that no one worries about, those who are on the fringe of the camp, and meet their needs. If only we were wise enough to lend a hand, a supportive shoulder, to Yad L’Achim’s activities, that reach those Jews and gives them a fitting response before it is too late,” Harav Lifschitz concluded. “Then we’d be able to completely eradicate missionary activity in Israel.”

The Gaon, the Mekubal, Harav Yaakov Adess, followed with a discussion on the exile of the Shechinah, as the destruction of our Beis Hamikdash was being marked, and then spoke of the exile of the Shechinah when the evil forces try to sink their fangs into the Jewish people in general and in those in Yerushalayim, the holy city, the palace of the King, in particular, in order to destroy pure Jewish souls and get them to adopt Christianity, R”l.

At the conclusion of his words, Harav Adess asked the crowd to stand up and together accept upon themselves the Ol Malchus Shamayim by reciting Kriyas Shema. It was particularly moving to behold the sight of so many crying out from their hearts the words of the passuk, and understanding them with greater clarity.

At the end of the evening, Rabbi Shimon Abergil, Yad L’Achim’s field coordinator, was asked to say a few words. Rabb Abergil, who is in charge of hundreds of activists and volunteers, stressed the importance of people contacting Yad L’Achim with updates on missionary activity.

“Our success in uncovering this activity, and combating it, often comes from tips provided by people who’ve been exposed to events in the field and notify us in real time,” he said.
He provided figures on the number of calls received by Yad L’Achim, and asked participants to fill in forms with their details and join the broad, defensive activities of the organization.
At Yad L’Achim, officials noted with satisfaction the enthusiastic reaction to the conference, which signaled how urgently it was needed. “All the participants praised the conference and said they were shocked at the phenomenon of missionaries,” one official said.

“Many dozens of new volunteers filled in forms asking to join in the huge campaign of field activists. Many others provided information they had on missionary activities they had witnessed or experienced. They took the phone numbers of field coordinators with the intention of keeping them posted of missionary activity.” 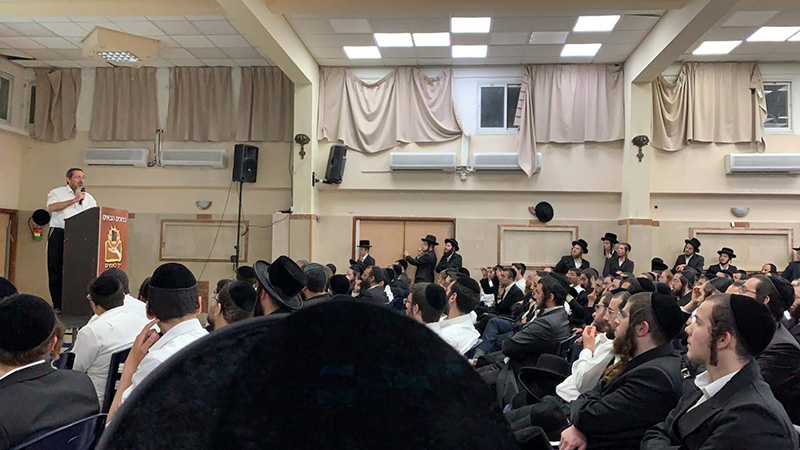 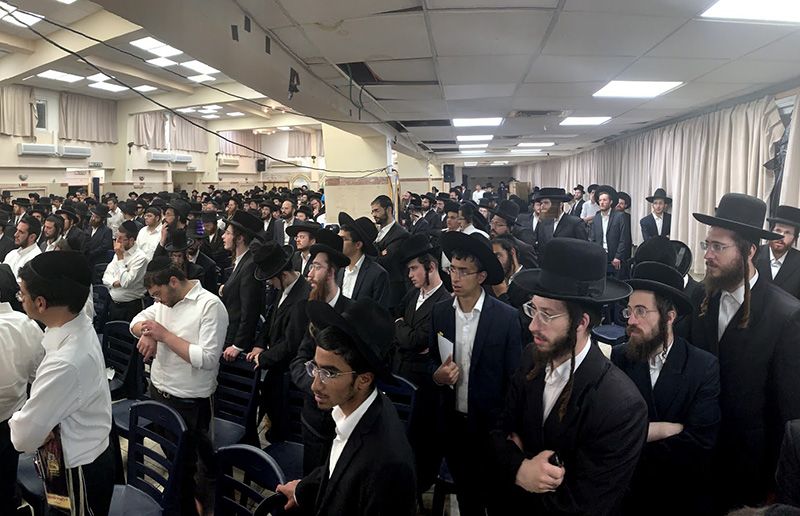 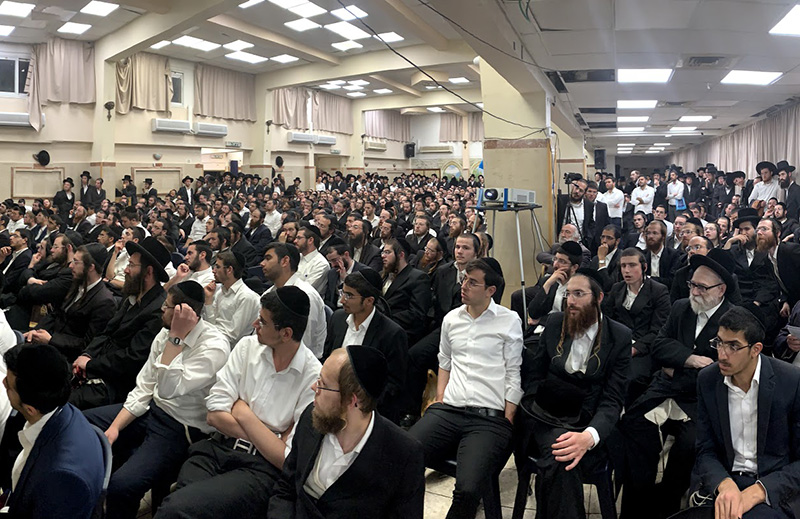 Some of the overflow crowd at the event.