Main > Intermarriage and life-threatening situations > Revealed Just Before the Wedding: Chassan Was Converted as a Child in Non-Halachic Ceremony

Revealed Just Before the Wedding: Chassan Was Converted as a Child in Non-Halachic Ceremony 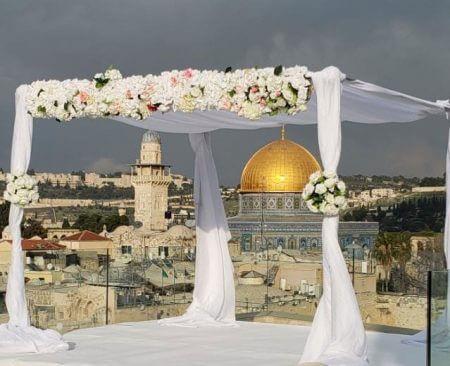 A dramatic story that reached Yad L’Achim reveals the immediate implications of the High Court’s disastrous ruling on Reform and Conservative conversions and its impact on religiously observant families.

Religious parents from the south whose daughter was about to marry turned to Yad L’Achim recently. In checking out her intended’s background, they learned that he had been adopted as a child, converted in a non-Orthodox ceremony and registered by the Interior Ministry as a Jew.

Now, confronting an impossible situation in which their daughter wants to go ahead with the wedding, the parents have turned for professional assistance to Yad L’Achim.

“This case justifies the serious concerns that were raised in the wake of the High Court ruling,” said a Yad L’Achim official.
Initially, the responses of the religious and chareidi public to the ruling were mixed. Though many recognized its severity, there were those who argued that it posed no threat to the religious public. The latter went so far as to accuse the religious media of turning it into a major issue in order to benefit the chareidi parties electorally.

With profound sorrow, Yad L’Achim stresses that the worst fears have been borne out. “For years now, we have been witness to the phenomenon of converts who were converted in non-Halachic procedures blending in with the Jewish people without leaving a trace of their past. In many cases, they themselves aren’t aware of the problematic nature of the matter.”

Based on its rich experience in saving Jews from assimilation, the organization stresses that “the matter touches all layers of the public, without exception,” with serious implications.

“We encounter in our work not a few cases of girls – even those from religious-chareidi backgrounds – who end up in relationships with people they think are Jews and only after a prolonged period come to learn that the boy or his mother underwent a non-Halachic conversion.
“The depth of the pain and heartbreak, especially when the relationship is at an advanced stage, is indescribable. Such cases have become increasingly common in the recent past, and it is logical to assume that this will continue in the wake of the High Court ruling.”

Yad L’Achim notes that the “Torah and mitzvah observant public is large and diverse. It is coping with changes in the worldview of the younger generation, such that the pain of intermarriage has not passed it by.”