The ‘Long Arm of The Chareidi World’ Strikes 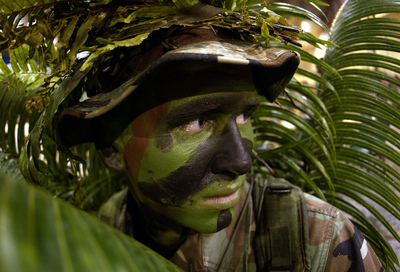 Yad L’Achim, hailed by Maariv as the “long arm of the chareidi world,” would prefer to maintain a low-profile on its rescue operations. But when a Palestinian Arab ran to the press with his story of how phony policemen came to his house in the heart of PA territory and made off with his Jewish daughter, the publicity was fast and furious.

“The long arm of the chareidi world, Yad L’Achim, launches commando operation in the heart of Tulkarem,” Maariv proclaimed in a screaming headline. The article below included details of the dramatic rescue of a 6-year-old Jewish girl.

The Palestinians who came to the paper recounted that a few weeks before the rescue, he received a call from someone identifying himself as a doctor representing a charity organization in Jerusalem that wanted to help him and his family. The “doctor” continued to call every few days and, after receiving precise instructions on how to reach their house, pulled up one night in a van.

“I opened the door of the van and saw men in uniform armed with M-16s,” he related. “The ‘doctor’ also pulled a gun and put it to my head.”

The men, a team sent by Yad L’Achim, quickly emptied out of the van and entered the home. Understanding that they were in hostile territory and that time was of the essence, the team bound the father’s hands in plastic handcuffs and began pressing him for details as to the whereabouts of his daughter.

“They asked me to show them the girls, who were asleep in their beds,” recounted the father. “When I told them which was M., they took her, blindfolded me and brought us downstairs.”

The team boarded the van together with M. and her father and sped away. The father related that he soon heard his daughter on the phone with her mother and that a short while later the van stopped and he heard his kidnappers take his daughter out and hand her to a woman speaking Hebrew. Then they turned back toward Tulkarem and dropped him off, still blindfolded, barefoot and bound, in an olive grove.

Yad L’Achim confirmed the essence of the story. A senior official said that M. had been put on the phone so that the mother could confirm that they had taken the right girl. At that point, a car was sent to bring M.’s mother and grandmother to meet her.

The meeting was arranged on a side road near the Green Line. “We opened the door of the van in which the girl had crunched up into a corner,” related the official. “She came out and ran to her mother. The two of them hugged and fell onto the street, with the grandmother on top of them.”

The most emotional moment came when the girl – who for months had been forbidden from identifying herself as a Jew – suddenly cried out “Shema Yisrael.”

The story began when Yad L’Achim received a desperate call from a Jewish woman who had succeeded in escaping on her own from Tulkarem, under the guise of needing to pay a visit to her mother in Ashdod. She managed to get out together with her daughter.

A few weeks later, the Palestinian father showed up at the door and seized the girl. The mother’s repeated appeals to the father to return her daughter fell on deaf ears. The situation deteriorated further when the father announced that if the mother dared to call one more time, “I will make the child disappear and cause you to regret your request. In fact, it’s already too late.”

The hysterical mother called Yad L’Achim and asked for help in retrieving her daughter, being held against her will in Tulkarem. Yad L’Achim’s legal department concluded that conventional appeals would drag on for years, during which time the girl would be in danger. The decision was therefore taken to activate sleeper cells that Yad L’Achim operates in the Palestinian Authority, who formulated a rescue plan.

Shortly after midnight, Yad L’Achim chairman Harav Sholom Dov Lipshitz received a call from the head of the coordinating team saying that the operation had begun. “The forces are in the house,” he said. “Please daven for them.”

The next day, Yad L’Achim petitioned the court and received an order barring the father from approaching the home of the mother and daughter. Not taking any chances, Yad L’Achim arranged for them to be taken to a new, secure home, where the father cannot find them. The court has also forbidden the Palestinian father from contacting them by phone. Furthermore, Judge Moshe Ginot said that “the Israel Police is asked to help the petitioners in enforcing this order.”

The U.S. Embassy also turned to Rav Lipshitz to hear details of the story, which made headlines around the world.

Rav Lipshitz refused to divulge any further details to the press, saying that had the Palestinian father not gone to the media “the Israeli public would have known nothing about the case, certainly not so soon after the rescue.”

As heartening as it is to learn about a Jewish girl being rescued from an Arab village, the tragic fact is that there are hundreds more like M.

“The figures we have show that at this moment there are hundreds of Jewish children in Arab villages,” said Rav Lipshitz. “The vast majority don’t even know that they are Jewish. We must use all legitimate means to get them out and bring them back to the Jewish people.”