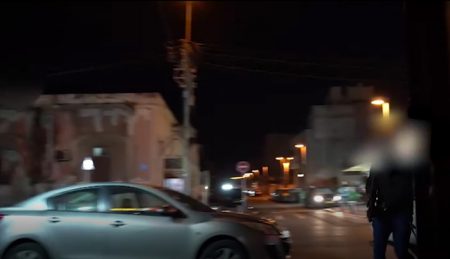 Rescue from one of the cities involved

The anarchy and pogroms in Israel’s mixed cities that erupted during IDF Operation Guardian of the Walls, and which in some cities continued even afterwards, was felt by many. But those who suffered the most were Jewish women living with Arab husbands in Arab villages or in mixed neighborhoods.

They felt the wrath – from near and far – of those who view them as the enemy. The new situation, which brought the front to these neighborhoods, caused many to realize for the first time in a tangible way the danger they had put themselves in and to call Yad L’Achim for help. The organization reports a dramatic rise in the number of Jewish girls asking to be rescued and seeking to open a new page in their lives.

Liel (not her real name) told the hotline operator at Yad L’Achim: “When I saw him lose control and curse the yahud [Jew], I reached the conclusion that even Israeli Arabs can’t be trusted. I am calling you in the realization that I made the biggest mistake of my life.”
Shachar (also a pseudonym) decided on the spot to end her relationship, which was moving quickly to deeper levels of commitment. “He promised that he would convert, but since the outbreak of riots I suddenly saw in him a side that I hadn’t known. I heard him speak only against the Jewish people and I understood that he had no intention to converting. I am so happy and thank Hashem that I caught myself in time, while I still have a chance to back out.”

Bruria, one of the social workers at Yad L’Achim relates: “As a rule, there are three main responses among the women in our care to what’s been happening: denial, differentiation (my Arab husband is different from the others, it won’t happen to me) and dawning realization. This is a very complicated period for women who live in Muslim society with their children, especially since the military operation wasn’t just between Gaza and Israel, but had fallout in mixed cities inside Israel that is still being felt.”

Yad L’Achim notes that while the women face difficult existential problems, the ones who are really suffering and likely to be confused about their identity are the children of mixed couples.

Avivit, for instance, reported a decline in her son. “He speaks Arabic and was suddenly exposed to the violent dialogue that bubbled forth on the Arab street. He has no filter. He is exposed to the incitement of his father against me and sees me as the enemy. I’m afraid of losing him.”
Yad L’Achim agreed only to say that that the call from Avivit was dealt with in the best way possible and that she and her children are well. However, it warrants being publicized so that others will read her conclusion: “I plead with Jewish women not to get swept up. It will end badly.”

Yad L’Achim emphasizes again that no call from a Jewish girl in distress who is seeking to return to her people will go unanswered. This message is even more important these days, when women feel that their lives are on the line.