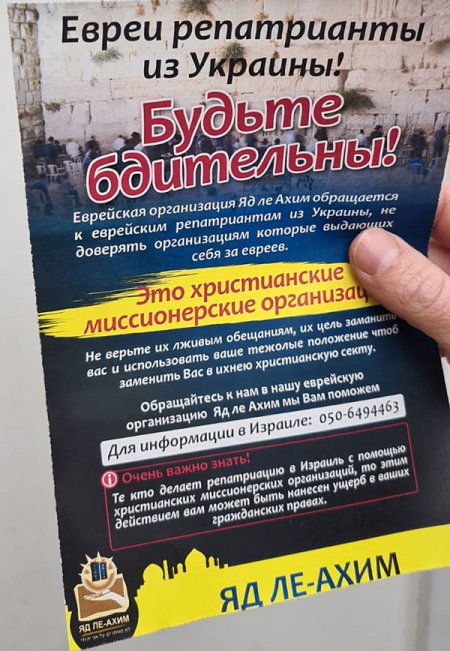 Yad L’Achim is waging a defensive war against missionaries operating along the Moldova-Ukraine border. The cult members are seeking to take advantage of the distress of Jews escaping for their lives to get them to convert out of their religion.

In the wake of incontrovertible evidence reaching Yad L’Achim that Christian missionaries have been sent to the border to identify Jews and offer them assistance as a way of getting them to join their churches in Israel, Yad L’Achim reached out to the local Jewish community in Moldova.

Rabbi Mendy Axelord, one of five Chabad shluchim in Moldova, who serves as the Rav of the Great Synagogue in Kishinev, responded immediately to Yad L’Achim’s appeal for help in identifying Jews from Ukraine staying in the refugee camp that Chabad set up in the city and protecting them from missionaries. Activists travel to the two large border crossings between Ukraine and Moldova – Palanca in the south, near the large port city of Odessa, and Ataki in the north, opposite Mogilev-Podolski.

The activists show up every morning at the borders, positioning themselves near the missionary booths and warning Jews of the identity of the missionaries and their sinister intentions.

“Warning, missionaries!” This Ukrainian-language leaflet
is distributed by activists along the border.

At the same time, the Jewish refugees provide their personal details, which are quickly passed on to Jewish communities in the country that will be taking them in to facilitate their absorption. The information is also sent to Yad L’Achim headquarters in Bnei Brak which maintains contact with their refugees upon their arrival in Israel.

As part of these efforts, Yad L’Achim has published a booklet in Ukrainian warning of the danger of the missionaries and explaining that by Israeli law, members of missionary cults are not eligible for citizenship under the Law of Return. Since its launch 10 days ago, the program has, with G-d’s help, succeeded in saving hundreds of Jews from the clutches of Christian missionaries.

“We’re talking about a very difficult war,” a Yad L’Achim official said. “We’re up against dozens of determined missionaries backed by limitless budgets who are taking advantage of their presence in a Christian country. But we are committed to our motto not to give up on even a single Jew – and fighting back.

“The struggle against missionaries doesn’t end on European soil. As we revealed two weeks ago, the missionaries in Israel have taken in several Jewish families that escaped Ukraine and are planning a mass baptism to Christianity for them on erev Pesach, R”l. We are in close contact with the welfare departments of various cities and making every effort to ensure that the missionaries don’t hunt Jews here in Israel. We are urging the public to be aware and to help provide immigrants with material and spiritual support – each person in accordance with his own abilities – so that they don’t fall into the hands of missionaries here in Israel.” 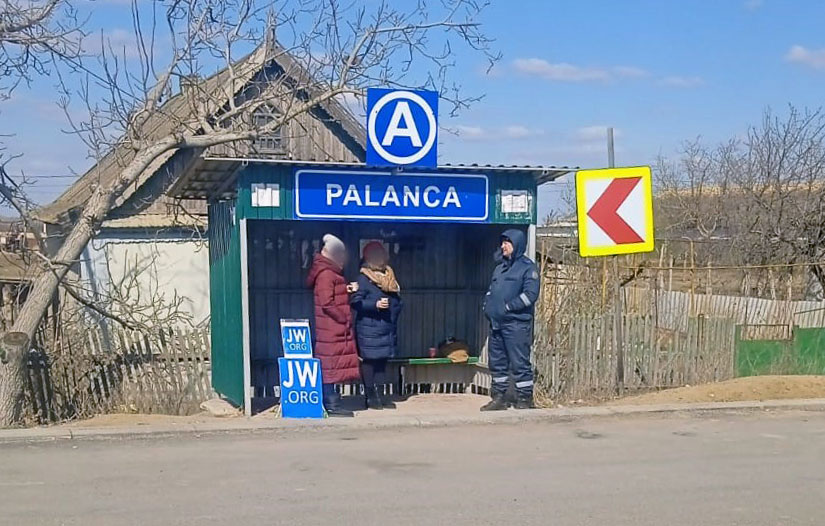 An American missionary on the Palanca border tells a Yad L’Achim activist of his plans, and those of his fellow missionaries, to hunt Jewish souls.