Main > Personal Accounts and Stories > An E-mailed Plea for Help

An E-mailed Plea for Help 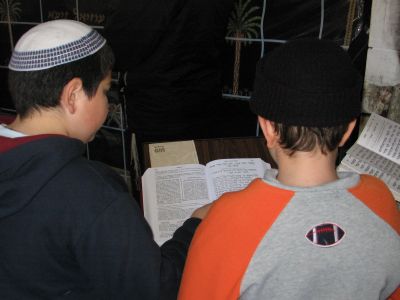 The email that arrived recently at Yad L’Achim, especially the age of the person who wrote it, stunned the organization’s counter-missionary division.

“My name is … and I need help. I am 11, a Jew, and my family came to Israel from the Former Soviet Union, where my great-grandfather was a Rav. My family has always been mitzvah-observant, that is until two women showed up at our home here in Israel and said they wanted to speak to my mother. In the beginning, they brought with them all kinds of books on the need to be a good person, and so on. After several days, they brought a Christian Bible. When I saw it I screamed and lost control. I asked my mother, ‘What is this?’ She answered, ‘It’s alright.’

“I started to cry and tried to explain to her that Jews are forbidden to read such things, but she didn’t pay any attention; it was as if she had been brainwashed! Now these ladies come every day and I can’t take it anymore. I have already run away from home because of this but my mother doesn’t care. She doesn’t understand what they’re trying to do to her. She thinks that they are just ‘helping’ her. Our whole family is trying to convince her otherwise, but she pays no attention.

“I was in a religious school for five years and saw many films about missionaries and I know how they operate. What I saw on film is exactly what is happening with us. In the beginning they came just to bring a book, and then the Bible and then… I don’t even want to imagine what’s next.

“I saw your publications in which a Jewish child is looking at his mother as she is being led away to be baptized and I really don’t want to be in that child’s place. I am desperate and need help. If you want, I would be happy to make up a time when I know that they are coming and I’ll tell you and you can catch them. I’m begging you!”

At first, Yad L’Achim wasn’t sure about the credibility of the person making the request. At the same time, it couldn’t ignore it. A staffer in the counter-missionary department contacted the boy by phone and quickly ascertained that the boy was very sincere.

Yad L’Achim asked the boy to call when the women were in his home, so that it could send someone to verify that they really were missionaries. A few days later, near midnight, another urgent email arrived, straight to the laptop computer of Rabbi Alex Artovski, the head of the counter-missionary department. “They are sitting in the living room of my home right now,” said the child. “They are learning Bible with my mother and I know that they are missionaries. Save us!”

A team of Yad L’Achim activists that had been on call was dispatched to the home and identified the two as missionaries active in the J’s Witnesses cult in Tel Aviv. The boy’s suspicions had been confirmed.

Working together with the father of the family, Yad L’Achim initiated a series of tactics aimed at severing the mother’s ties with the missionaries. In recent weeks, the boy and his parents have been attending in seminars in the Ascent Hotel in Tzefas run by Yad L’Achim for people who have been rescued from missionaries.

They are recovering from their trauma and, b’ezras Hashem, are becoming a stronger, more committed family.