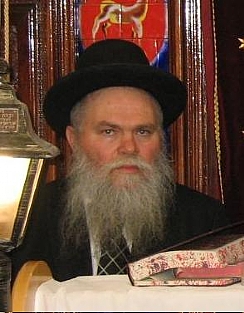 Violence perpetrated by missionaries in Arad spun out of control, when the city’s Chief Rabbi, Harav Ben Zion Lipsker, was brutally attacked by a missionary near the city market. The missionary, who was distributing materials to passersby, was apparently concerned that the Rav would try to warn people away from him.

Beckford, who was previously filmed by Yad L’Achim brutally beating a chareidi activist, fled the scene, but was quickly apprehended by police and brought before a judge. The court issued a restraining order barring him from entering Arad for 45 days.

Yad L’Achim Chairman Rabbi Shalom Dov Lifschitz said in response, “The infuriating ruling by the Haifa court, which decided that the city’s congress center may not deny missionaries use of its hall, has given the missionaries impetus, because they feel they can depend on the courts to provide them with freedom of activity.”

Rabbi Lifschitz stressed that legislation banning missionary activity is the only way to stop attacks by missionaries.

In a related development, Shas faction head MK Yakov Margi proposed a bill that imposes a one-year prison sentence of for missionizing.

“Every time Harav Ovadia Yosef hears of a case where someone falls into missionary hands, he feels great sadness and asks us to try and save at least one soul in Israel,” said Margi.

“Whether it’s Christians coming from abroad or Jewish converts working in Israel, they all have the same agenda – to destroy every trace and memory of the people of Israel, and they plan to do this by converting Jews. These bodies are operating mainly among the Jewish population which is in physical, social and spiritual distress,” said the proposal.