Main > Intermarriage and life-threatening situations > Back from the Brink; Parent’s Love Prevents Jewish Girl From Converting to Islam

Back from the Brink; Parent’s Love Prevents Jewish Girl From Converting to Islam 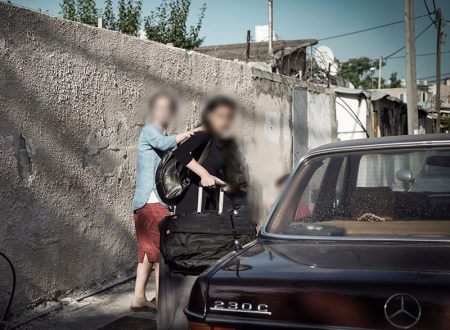 To the innocent bystander, the tearful departure at Ben Gurion Airport appeared routine. Another teenaged girl was bidding farewell to her parents as she embarked on a youthful adventure abroad.

But nothing about this passenger, whom we’ll call Rachel, was routine. Her journey began two years ago in a supermarket she worked at across from her home in a heavily chareidi neighborhood.

On her first day on the job she met Mahmoud, a Muslim youth her age, and the two struck up a relationship that quickly became serious. Under the nose of her unsuspecting parents, the two decided to marry and raise a family.

Rachel’s parents raised their pained voices in protest, but it was too late. Rachel was head over heels in love with Mahmoud. But then her prospective in-laws, devout Muslims, entered the picture, with their demand that Rachel convert to Islam.

She was sent to Kafr Qara, an Arab town in northern Israel, to study the religion. For Rachel’s parents, her Islamic studies and intention to convert was the straw that broke the camel’s back, pushing them to overcome their shame and appeal to Yad L’Achim for help.

When the daughter refused to meet with any members of the rescue organization, Yad L’Achim’s experts focused their efforts on providing the parents with the tools they needed to reach Rachel.

With the help of a counselor who was assigned to them full-time, the parents learned how to go about developing a close relationship with their daughter despite their emotional distress over her lifestyle. They succeeded in arranging a meeting near her home, where they expressed their genuine love for her.

They continued to stay in touch, expressing their support and acceptance of her as their daughter, no matter what, in the hope that their love would bring about the desired change.

The turning point came in the middle of a night. The phone in the parents’ house rang. Rachel was on the line. In a frightened whisper, she pleaded, “Come take me, take me out of this house.”

Shortly after returning home, Rachel asked her parents for the chance to open a new page in her life and go abroad for studies, where she could live with relatives and learn in a reputed Midrashiya. She is determined to rehabilitate her life and find joy and comfort in the embrace of her people and her family.