Fighting Assimilation Is Not Racism 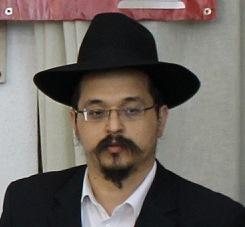 Harav Shmuel Lifschitz is one of the leaders of Yad L'Achim

The 37 percent figure is due to the wording and the context of the question. The pollsters from The Israel Democracy Institute for some reason lumped it together with those on relations with the Arabs, turning it into a political-nationalist issue. Despite this, 37 percent succeeded in seeing beyond the context, and understood that the question was really one of “to be or not to be?”

The issue of assimilation has nothing to do with relations with the Arabs. It is a fundamental question that worries every Jewish mother around the globe, an existential question of the highest order. It is the question of a people that has been hounded since its inception, that has always had to battle for its survival. This nation is now asking itself: How do we continue from here?

It’s no secret that assimilation figures worldwide are frightening. They testify to the disappearance of thousands of our ranks every year. According to the chairman of the Jewish Agency, Natan Sharansky, every day there are 500 Jews around the world who assimilate! Do the math yourselves: That’s more than 180,000 a year. Who can remain indifferent to such a figure?

It’s possible to cluck our tongues and continue with our daily routines, but every thinking person understands that these startling figures represent a low point that we cannot ignore. They require an appropriate Jewish response – broad, deep and effective. A response that perhaps only the Jewish people, with its wisdom, can come up with. If we don’t fight it, we’ll have on our hands a surefire formula for the self-destruction of the Jewish people.

What’s missing from the public discourse in Israel is the topic of assimilation in the Jewish state. It’s not just that it isn’t discussed, as if it doesn’t exist, but there are those who are trying to silence any discussion of the issue. They aren’t comfortable with the fact that a plague of assimilation has reached Israel, big time. Did we once think that we were protected here in Israel from this scourge? Reality has shown us otherwise.

Already in 2008, there were 92,612 intermarried couples in Israel raising 118,511 children. These are the official figures put out by the Interior Ministry. The figures we’ve collected at Yad L’Achim show that the phenomenon is only getting worse.

These aren’t just sterile statistics. Every intermarriage is a story of pain and tears. When we receive a telephone call from a shattered mother whose daughter is living in some Arab village, we have no choice but to get involved for her sake and the sake of the continuity of our people. As the ones on the frontline of the assimilation battle, we at Yad L’Achim receive an average of 10 calls a day relating to this phenomenon in its various forms.

If we look truth in the eyes, we’re forced to admit that despite attempts to push aside the topic of assimilation, it remains the fundamental question: To be or not to be!