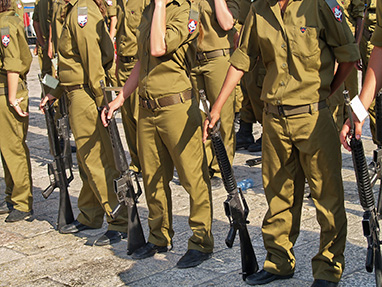 The office of the IDF’s new chief of staff, Lt. Gen. Gadi Eisenkot, has responded to a serious complaint lodged by Yad L’Achim regarding missionary activity in the army.
It will be recalled that Yad L’Achim recently revealed that hundreds of soldiers had been bused to an event paying tribute to the heroes of this summer’s war in Gaza, Operation Protective Edge, hosted by the International Christian Embassy. This was a particularly serious breach, since soldiers were taken from their military bases to attend a missionary gathering.

In an evening that drew some 300 soldiers and officers, including a brig.-gen. from the paratroops and members of elite units like Maglan, which operates behind enemy lines, participants were forced to listen to a speech preaching Christianity from an American missionary.

One of the translators at the event was Doron Schneider, the head of the “Messianic Jews” congregation in Maaleh Adumim.

Due to the severity of the case, Yad L’Achim sent urgent letters to the defense minister and IDF chief of staff demanding to know why there is no enforcement of military regulations banning missionizing to soldiers.

The heads of the defense establishment were asked to check into who approved taking soldiers from their bases, while still in uniform, for an evening of forbidden missionary activity and who will assure that it doesn’t happen again.

This week, a letter arrived from the office of the chief staff, assuring Yad L’Achim that the evening in question was “being checked by commanders in order to prevent similar gatherings from taking place in the future.”

Yad L’Achim stressed that it expects to receive answers from the chief of staff regarding other missionary events in the IDF, which it detailed in its earlier letter. These events were organized by the well-known Tel Aviv missionary Yaakov Demkani, who appears at many bases and is free to deliver his missionary message. 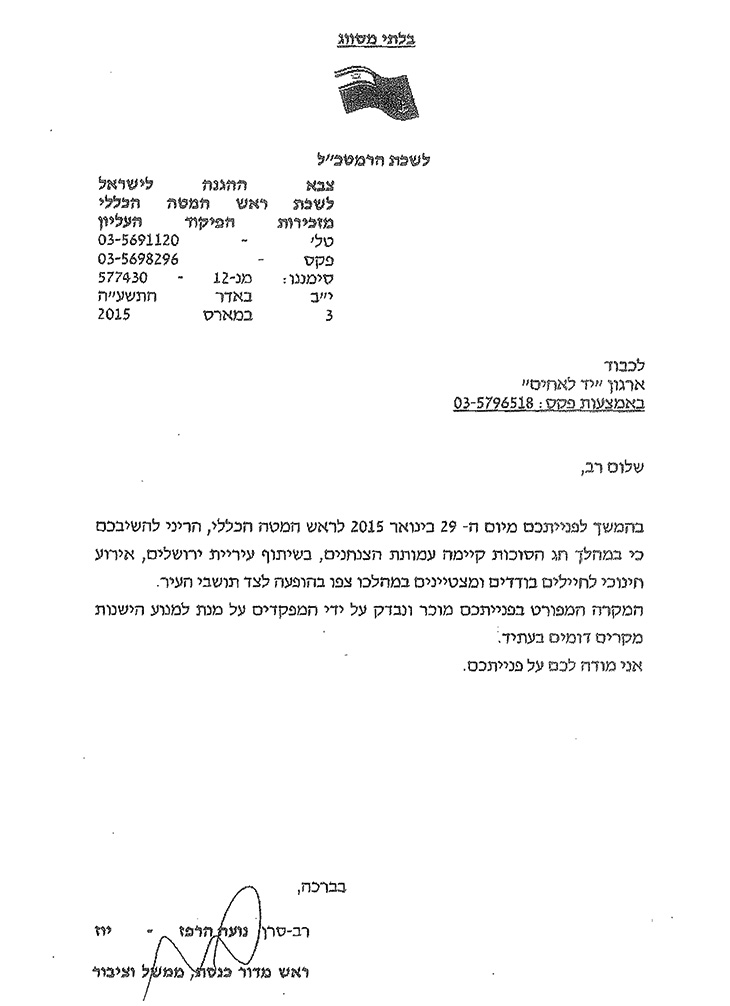 The IDF chief of staff’s office: The case is being checked in order to prevent recurrences