In Wake of Film, Jews in Arab Countries Ask Yad L’Achim for Tefillin

Four Jews living in Arab countries have turned to Yad L’Achim requesting Tefillin, thanks to outreach efforts by the organization’s Roots Department. These efforts include distribution of an Arabic-language film on how to fulfill the mitzvah of Tefillin, produced together with Chabad’s Yahaduton Channel.

Yad L’Achim provides Jews in Arab lands and those living in Arab villages in Yehudah and Shomron who were born to Jewish mothers and Arab fathers with religious assistance of all kinds, including a steady stream of Torah classes over the phone, and more.

As part of its efforts to bring Jews in Arab settings back to their people, Yad L’Achim, in conjunction with the Yahaduton Channel, has produced special educational films on the holidays – Pesach, Sukkos, Chanuka and Purim – and on how to make blessings. The latest effort was a film detailing the mitzvah of Tefillin.

Yad L’Achim has experience sending sacred items to Jews in Arab countries. In the past, it sent Tefillin to Jews in Iraq, as well as mezuzos and sacred texts like Megillas Esther and Pesach Haggados, and even matzos and the four species. The Roots Department is sending Tefillin to the four who requested them by way of a third country that has diplomatic relations with those countries. 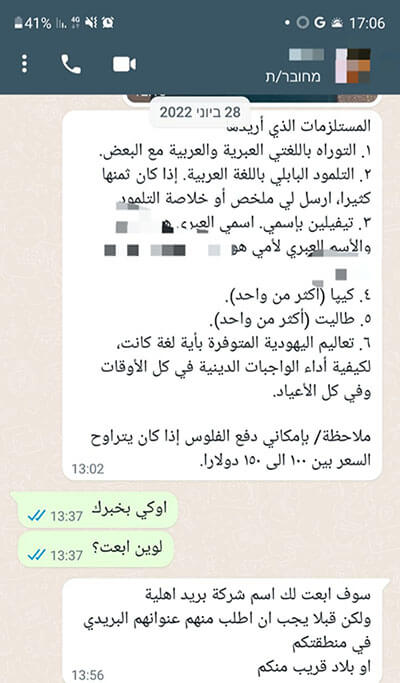 “I want Tefillin,” a Jew in the an Arab country writes Yad L’Achim.

The films have been enthusiastically received by Jews living in enemy states. “I thank you for the amazing film on Tefillin,” said one person. “Please produce more such films on Tefillas Mincha, and the Tefillah we say when waking up and on Netillas Yadayim.”

A leading Yad L’Achim official spoke of the importance of the film on Tefillin. “Besides the fact that this is one of the most important mitzvos, it provides protection for Jews in distress and captivity. As our Sages teach: ‘And all the nations of the land will see that the name of Hashem is called upon you and will fear you.’ This film has already sparked a wave of interest among Jews who now understand the importance of the mitzvah of Tefillin and are eager to fulfill it.

“The outpouring of support we at Yad L’Achim receive from the general public, which is partnering with us in these days, by participating in our grand raffle for a mehudar Sefer Torah – among all our other partners in Pidyon Shuvyim – gives us the strength to bring more and more lost Jews back to their roots.

“We once again remind all those who value our activities that the Sefer Torah raffle will be held this coming Thursday, the 15th of Tamuz (July 14), and urge the public not to wait until the last moment to sign up. Register as early as possible to assure your place, by calling the hot line at *9234, or by entering the Yad L’Achim site. 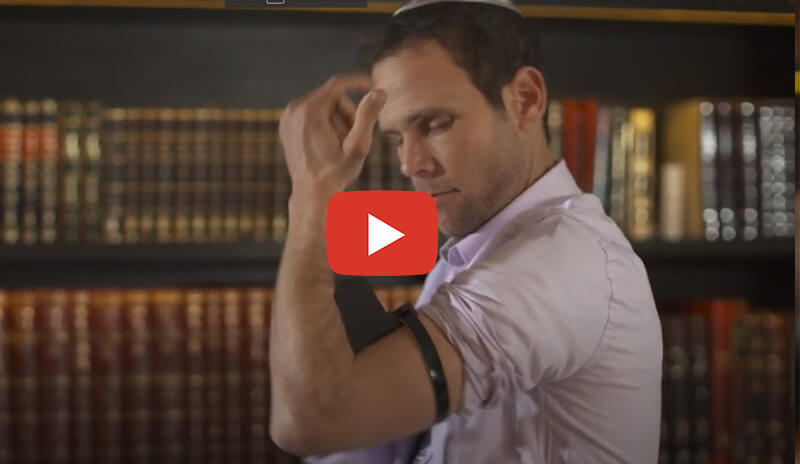