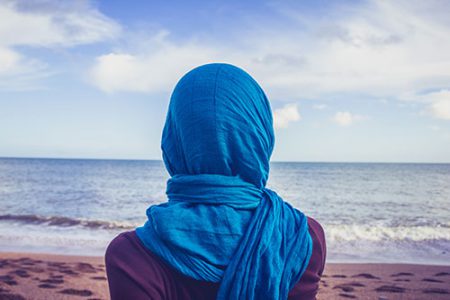 Rivka’s difficult life story began when she was just five. She was born to a chareidi family in a city on the periphery and when her parents divorced found herself being passed from hand to hand. When her mother remarried she thought she’d found peace, but the incessant fighting between her mother and her new husband’s two children from a previous marriage only caused the situation to deteriorate.

As rough as her home situation was, she managed to stay in school with the help of tutors. But by the time she reached high school, she found it increasingly difficult to hold on. At 15, she dropped out and ended up on the street.

Yad L’Achim became aware of Rivka when a childhood friend who was worried about her called the organization’s hot line. When it learned that she was involved in a relationship with a minority member, it assigned a social worker who contacted her and offered support.

Rivka understood that she’d made a mistake and tried to stay on the straight and narrow, with the help of the social worker who called every few days. But one day, all trace of her disappeared; she didn’t answer the phone or respond to messages.

Only when Yad L’Achim filed a police complaint, together with her family, did word of Rivka’s whereabouts become known. Yad L’Achim was shocked to receive a brief note: “I got married and am living in el Bireh.”

An investigation revealed that one weekend, Rivka got into a bitter argument with her mother and stormed out in anger. An Arab found her on the street, freezing, and offered refuge in his home. It wasn’t long before she decided to stay there permanently and marry him, without notifying anyone.

The family was beside itself with grief.

Last Monday, the phone of the social worker who had been in touch with Rivka rang. She was shocked to see Rivka’s name and number on her screen.
“I am in the hospital,” Rivka began. “Come quickly.”

The social worker rushed to the hospital and found Rivka beaten and bruised. “He pounded me mercilessly two days ago,” she explained. “We arrived here because my cuts were deep, but he wouldn’t leave me alone. Now, he went to take care of errands and I quickly called you. He is to return in a quarter of an hour. I’ll contact you the next time I’m alone.”

But the quick-thinking social worker didn’t wait for the next opportunity. She understood that Rivka’s life hung in the balance. An hour later, when the Arab husband returned to Rivka’s hospital bed, she was sitting with a security person from Yad L’Achim, across from the hospital’s director of social services who apologized for the fact that her staff had not been aware enough to pick up on her distress.

The hospital’s director of social services – in keeping with an escape plan that had been devised – approached Rivka and her husband to say that Rivka would be taken in for surgery the next afternoon and it was advisable for her husband to leave in the morning and not to return until after the operation was completed, several hours later. Having no choice, the husband agreed.

The next morning, as soon as he left, Rivka was, as it were, wheeled to the operating suites by security people from Yad L’Achim and from the medical center, who smuggled her out of the hospital via the basement and a maze of underground tunnels that led to an emergency exit hidden from view.

“There was exceptional cooperation,” Yad L’Achim said. “The medical center understood that if it didn’t help us this time, there might not be a next time for Rivka.”

Only once they reached a safe house, did Rivka allow herself to break down and explain what she’d gone through. She described the severe violence she’d endured at the hands of her husband, a man 20 years her senior, and pulled out a “kesuba” that had been written in Arabic.
“On the first day I was with him, after he understood that I’d come from a chareidi home, he took advantage of this to write a kesuba, in Arabic, with our details, and then declared again and again that the kesuba attests to the fact that we are a married couple, having married religiously, and that it was forbidden for me to go anywhere else in the world,” she cried.

The social worker quickly assured her that the so-called kesuba was a meaningless piece of paper that obligated her in no way.
Rivka is undergoing rehabilitation and recovering from the prolonged suffering she endured.

Yad L’Achim learned that the husband had been a “collaborator” with Israeli security forces. Experience has shown that these Arabs are granted immunity from prosecution so that they can continue to cooperate with Israel.

Nonetheless, Yad L’Achim is trying to find a way to bring him to justice – so that he pays for his deeds and to ensure that he doesn’t harm other girls. 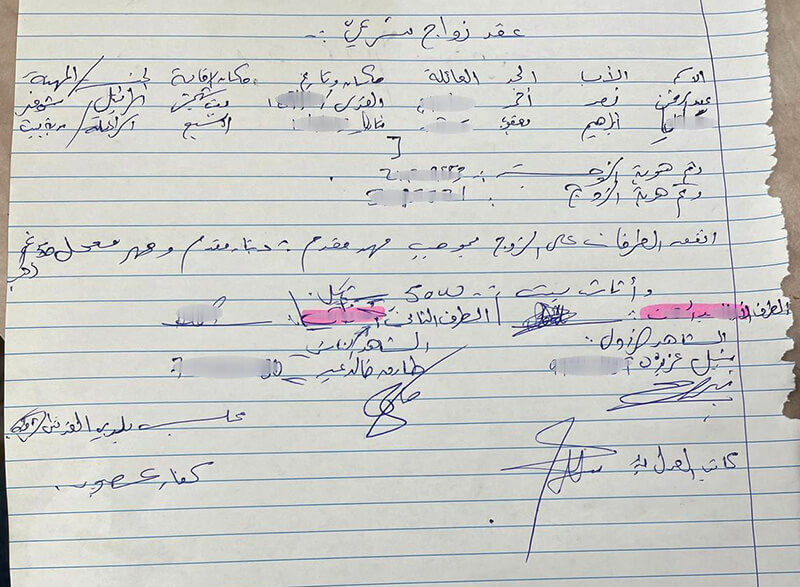