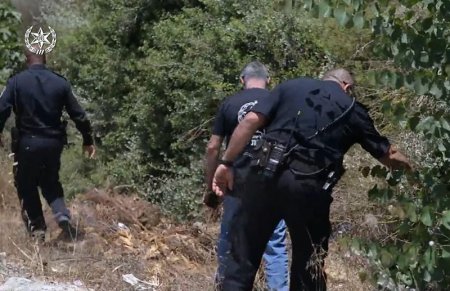 The search for Sapir Nahum

In the wake of the disappearance of Sapir Nahum, a Jew who was involved with an Arab man from Acco, a Jewish woman rescued from a similar relationship by Yad L’Achim was interviewed Sunday morning by Shai Goldin on his popular program on Channel 14.

The woman, we’ll call her Shani, related that her friends and family had warned her against getting involved with an Arab, but she ignored them. In the end, the violence she endured became so extreme – including threats of murder – that she turned to Yad L’Achim for help.

“I married an Arab,” she told Goldin. “I moved in with him to his village, where I lived in fear.” At one point, she recounted, he locked her into a storage room for days, without food or water, as punishment for her “misbehavior.”

“Everyone had been against this relationship,” she admitted. “They warned me that in the end they’d find me dead or that I’d have to run away. My response was, ‘No way! You don’t understand what kind of boy he is. He’s isn’t like those who commit terror attacks.

His parents sat her down and explained “what it means to live with an Arab man… You’re not a wife, you’re a maid-servant. No matter what he says, you respond ‘Amen.’ If you don’t say ‘Amen,’ it will cost you dearly.”

Finally, when the situation became unbearable, Shani reached out to her relatives, but they refused to get involved out of fear that the violent husband would come after them. “They told me, ‘You made your choice.’ ”

One evening, during yet another bout of violence, the Arab husband pulled out a knife and stabbed her. He agreed to take her to the local clinic, but it didn’t know how to treat the wound.
“My husband too me to a hospital where they summoned the police,” Shani recalled. “They asked me what had happened, but I couldn’t talk in front of him. Finally, a policewoman grasped what was going on and ordered him to leave the room. Immediately, I called *9234, Yad L’Achim’s hotline, and they rescued me:

Commenting on the disappearance of Nahum Sapir, Shani said: “My heart goes out to her family I can’t help crying when I talk about her. I hope they find her healthy and whole. I advise anyone in a similar position to run away, because these relationships end badly. If you feel that you’re about to enter into such a relationship or if you’re already in one, turn to Yad L’Achim for help, 24 hours a day.”

The Survivor’s testimony on Channel 14