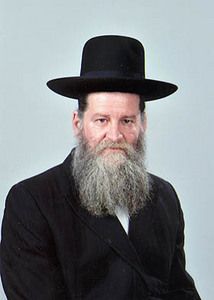 A joint operation with the participation of the Yad L’Achim anti-assimilation rescue organization, the police, social and welfare workers, and MK Yaakov Cohen (United Torah Judaism) was crowned with success due to precise timing and a refusal to give up.

A Jewish mother who escaped from an Arab village and her Arab husband in the Wadi Ara area of the southern Galilee was unable to save her 4- and 5-year old daughters, and they were left behind. The Yad L’Achim organization, which provided her with a secret and furnished apartment, as well as legal counsel, began to make plans to rescue the girls as well.

The complex plan began with a complaint to the Arab village police department regarding violence on the part of the father/husband. The police, however, appeared to take his side by saying that the house could not be broken into for his arrest unless there was definite information that the father was inside.

Early last Thursday, the break came. Yad L’Achim reported to the emergency headquarters that the Arab father had been seen entering the house with his daughters. A Yad L’Achim lawyer immediately informed the Rosh HaAyin police, and the police set out for the house and arrested him. At the same time, the children were brought to a nearby Arab family – but the lawyer immediately filed in court for an injunction ordering their transfer to their mother.

The injunction was issued, but the Rosh HaAyin police did not hurry to execute it. The police explained that they had an emergency order from a local Arab welfare worker stating that as the mother had “abandoned” her daughters, and with their father under arrest, they must be taken to Arab foster parents.

It was already 1 AM Friday morning when Cohen finally managed to track down the phone number of the local social welfare supervisor. He explained to her that it was a question of saving the Jewish girls, and that she must ensure that the court order was executed. Though she at first did not believe that she was talking with a Knesset Member, she said she would get to work on it early the next morning.

However, the police officer and the welfare worker continued to add difficulties, saying they could not release the girls without first meeting the mother and seeing the apartment in which they were supposed to live.

“At one point,” Cohen later related, “it became apparent that the girls might actually not be reunited with their mother before the Sabbath began, and that all our efforts might be in vain. If we would halt our efforts at that point for the sake of Sabbath, the girls could be wisked away, and chances of getting to them would diminsh drastically. We consulted with the Torah giant Rabbi Shmuel Vozner of Bnei Brak, who said that as this was a case of life and death for the girls, work-day activities could be done on the Sabbath in order to save them.”

Meanwhile, however, other wheels were turning as well. An objective social worker from the town in which the mother was living was brought in to meet her and see the apartment, and quickly realized that the situation as described by the Arab policeman and social worker – that of a mother with no means who abandoned her children – was far from the truth.

Though the Arab social worker continued to claim that the girls did not want to return to their mother, his supervisors – who had been apprised of the situation – gave him clear orders to transfer the girls to their mother without delay.

And so, at 2:30 Friday afternoon, a police van with the two girls inside pulled up to the Rosh HaAyin police station. The girls’ enthusiastic embrace of their waiting mother was very emotional to all those who were witness to it, the Yad L’Achim people report.

MK Cohen, who only then felt that he was able to relax for the first time since hearing of the story the day before, noted the total dedication of the Yad L’Achim organization and its “refusal to give up on any single Jew.”