Main > Intermarriage and life-threatening situations > MKs at Chanukah Party for Women Rescued By Yad L’Achim: You are the Heroes of the Jewish People

MKs at Chanukah Party for Women Rescued By Yad L’Achim: You are the Heroes of the Jewish People 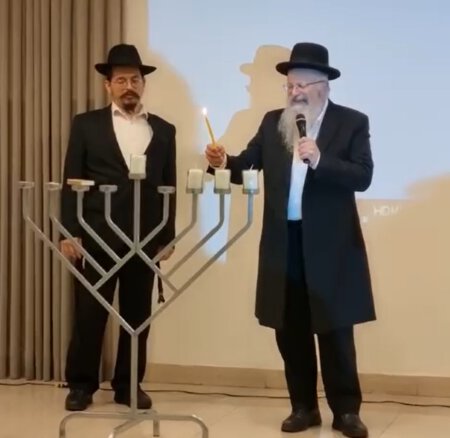 You are daughters of the holy Matriarchs. Tzefas Chief Rabbi Shmuel Eliyahu, at chandle-lighting. To his right is Yad L’Achim chairman Harav Shmuel Lifschitz.

The first speaker was the Chief Rabbi of Tzefas, Harav Shmuel Eliyahu. He blessed the participants and told them that they symbolized the holiday of Chanukah since they were a “strong light.”

Rav Eliyahu related that “when [Yad L’Achim chairman] Rav [Shmuel] Lifschitz asked me to come in your honor I knew that I would do everything in my power to get here. This evening I had a very important event to attend: My son Amichai was chosen to be a Knesset member and a minister in the government, and his friends are holding a party for him at this moment. He asked that I come, but I told him that the party for the young women of Yad L’Achim took precedence.”

In conclusion, the Rav said, “I want to bless Harav Lifschitz and all of the people of Yad L’Achim for their pidyon shvuyim activities, may Hakadosh Baruch Hu help them in every way.”

Rav Eliyahu lit the Chanuka candles and asked the women to seize the elevated moment to bless the friend standing next to her.

The Chief Rabbi of Petach Tikvah, Harav Michah Halevi, spoke movingly about Chanukah being “the holiday to give thanks and praise” to Hashem. “You young women who are here tonight experienced big miracles, for which you also need to say thank you. For my part, I thank Hashem for the merit to meet you, and express gratitude to the precious people of Yad L’Achim who brought me here to learn more about saying thank you to the Creator ‘at this time.’ ”

After dancing to the singing of Limor Ben Simon, the participants were surprised by the arrival of Knesset members Michal Woldiger (Religious Zionism) and Limor Sonn Har Melech (Otzma HaYehudit), who came to salute them.

When MK Woldiger was called on to speak, the MC, Mrs. Sari Laufer, said: “There aren’t many Knesset members who succeed in overcoming politics and political infighting to work wholeheartedly on behalf of all residents of Israel. MK Woldiger knows up-close the difficulties and challenges that life has presented us with. She came tonight especially, opting to be here with us, instead of at a family gathering, to hear and see you and be inspired by your strength and light.”

MK Woldger said that “Chanukah symbolizes the fact that it is impossible to break our spirit, and each one of the participants tonight symbolizes exactly this point. You are the heroes of the Jewish people.”

In introducing MK Limor Sonn Har-Melech, Mrs. Laufer shared with the participants that the MK had been seriously wounded in a terror attack which killed her husband, Shuli, Hy”d, 19 years ago. Instead of giving in to despair and darkness, she remarried and was recently elected to the Knesset.

“Limor left 10 children at home tonight to come here especially for you,” Mrs. Laufer said. “She came because she identifies with what Yad L’Achim stands for and salutes each and every one of you.”

MK Har-Melech spoke movingly. “It is an honor to be here with you, such courageous women” she said. “Chanukah teaches us that anything is possible. There’s something inside of us that pushes us and says ‘Who is for Hashem come with me.’ You brave women chose each day, each hour, to rise up from the dust and embark on the journey. You are the daughters of an all-powerful King. There is no reality in the world that can limit this. The only thing that can limit us is a lack of desire. Remember which nation you belong to and you will be able to overcome everything.”

Many of the participants approached the Knesset members and asked for their help in dealing with the fallout from the harmful relations they had been involved in. The MKs took their details and promised to do everything in their power to help.

Mrs. Suri Kostlitz, coordinator of Yad L’Achim’s counter-assimilation department, which organized the event, said: “The feedback we received from these heroic women teaches us how important and empowering such an event is for them. This Chanuka party is just one of the many activities we hold for them on an ongoing basis, long after their rescue and return to the Jewish people. These activities give them the strength to continue, to shine their light – both to themselves and their surroundings.”
Mrs. Kostlitz said that “the entire event was broadcast via Zoom to several women who with Yad L’Achim’s help ended harmful relations with minority groups but were forced to continue living near their ex-spouses abroad, as required by the Hague convention, due to joint custody of children.” 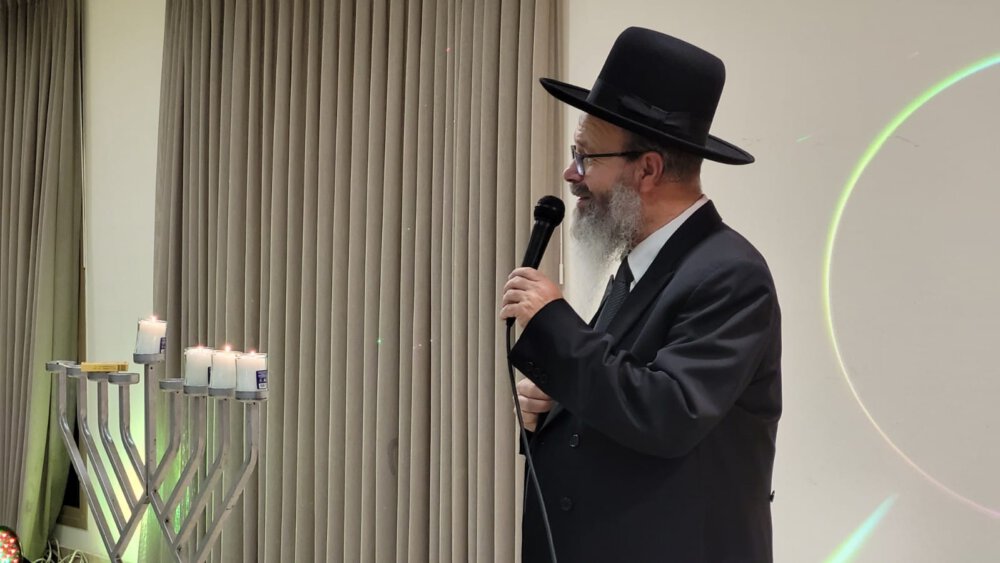 In those days at this time. The Rav of Petach Tikva, Harav Micha Halevi, shares words of inspiration. 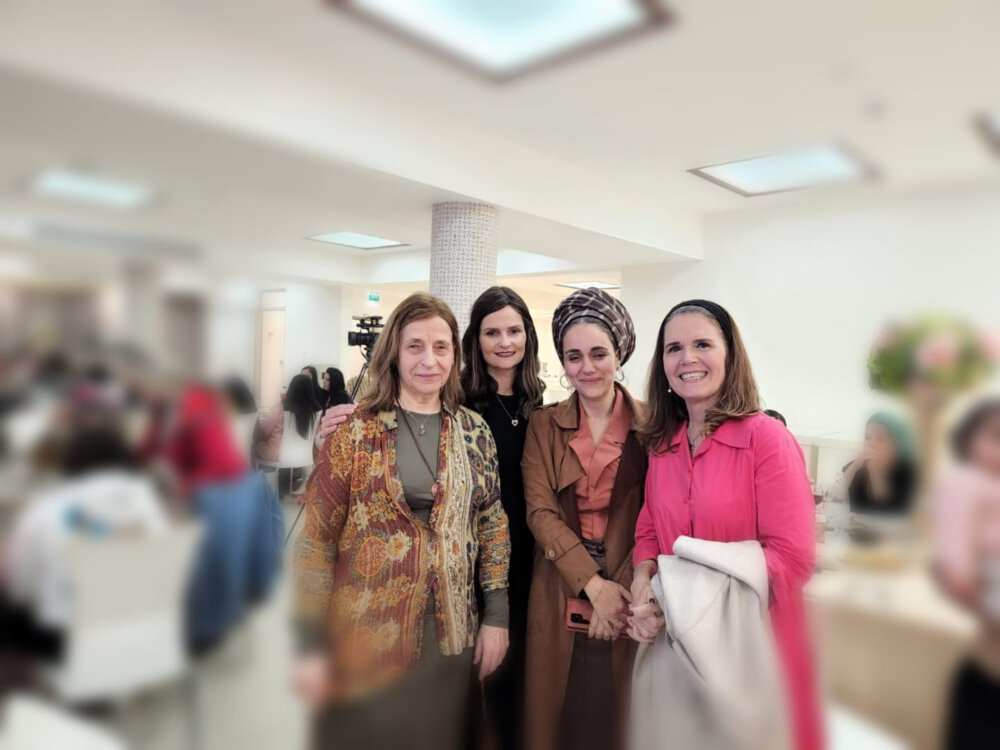