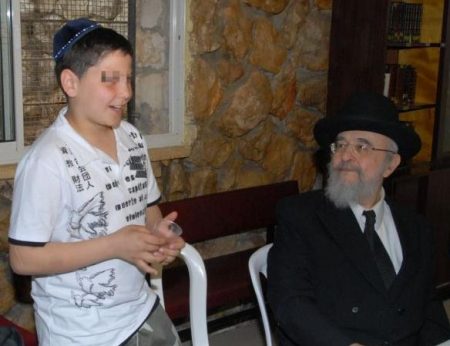 There wasn’t a dry eye in the house when five children who had been raised as Arabs underwent circumcision this week in Upper Nazareth.

The incredible story began two months ago when Yad L’Achim received a call from the head of a Torah educational network in the south whose son was being treated at Schneider’s Children’s Hospital in Petach Tikva.

“From his appearance, it seemed obvious that he was an Arab. He engaged us in conversation and then said, ‘ana yehud,’ [“I am a Jew” in Arabic]. We were stunned. He went on to explain that his grandmother, a Holocaust survivor, had come to Israel all alone and settled in a mixed Jewish-Arab city.

“She had six children and many grandchildren who were all raised as Arabs. But recently, just before her death, she summoned her children and asked to be buried as a Jew.”

On hearing the story, Yad L’Achim founding chairman Rabbi Shalom Dov Lifschitz instructed his staff to meet with the family in an attempt to help them return to their roots. This week, the circle began to close when five of this Holocaust survivor’s grandchildren entered the covenant of Avraham Avinu.

The modest ceremony was attended by Upper Nazareth Chief Rabbi Yershayau Herzl, Harav Lifschitz, Harav Yisrael Lifschitz, one of the leaders of Yad L’Achim, Harav Yosef Ganz, its director general, and senior officials Harav Alex Artovski and Harav Ben Zion Feder, who are constant contact with the family. Also present were members of the shul and family members. 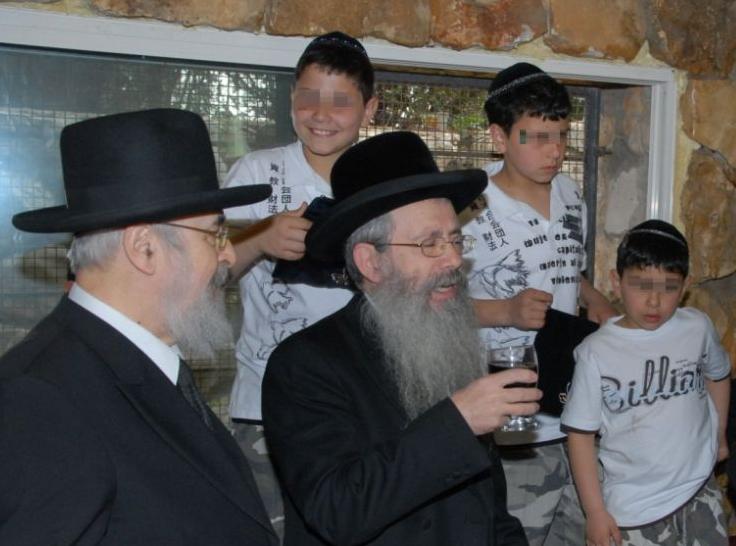 The bris mila of the five – aged 12, 11, 9, 5 and 2 – was conducted by the organization Bris Yosef Yitzchak. Harav Lifschitz honored the chief rabbi of Upper Nazareth with the reading of the Hebrew names for the five grandchildren.

In a voice cracking with emotion, Rav Herzl made the bracha over wineHarav Yershayau Herzl, gives the five their new names. and recited the text announcing the children’s new names. No longer would they be Tmam, Khalil, Yusuf, Mishil and Daowd; instead they would take their rightful place among the Jewish people as Moshe, Daniel, Yosef, Ma’or and David.

During the festive meal that followed the circumcisions, Rav Herzl praised Yad L’Achim whose activities were well known in Upper Nazareth. In particular, he cited the exceptional devotion of Rabbi Alex Artovsky on behalf of our fellow Jews in helping to bring them closer to their Father in Heaven.

In a moving speech, Harav Lifschitz told the story of the Talmudic sage Rami bar Rachel. “Imagine that this sage was none other than the grandson of Shmuel [one of the most prominent Talmudic sages], but his father was a non-Jew and his mother a Jew who fell into captivity and was forced to marry him. It is known that our Sages chose to call him this name, “son of Rachel,” in order that all of us will know that he is only the son of a Jewish mother, and yet he could turn into a Talmudic sage, a Torah great in Israel.”

Turning to the youngsters who underwent circumcision, Rav Lifschitz said: “It is clear that your fathers in Gan Eden, the fathers of a family that perished in the Holocaust, pleaded before the Heavenly Throne and asked for mercy for their descendants that they grow up as Jews and return to their source. Indeed, their prayers broke through the Heavenly gates and from Above the people of Yad L’achim were sent to bring you home.

“In your journey back, don’t let your spirits sink, don’t give up hope. Your future is ahead of you and you can be Torah greats in Israel. Today is eternal proof no one is excluded from Klal Yisrael.”

One of the children who underwent circumcision then asked to speak, and in a clear voice expressed his gratitude to Yad LAchim. “Today I feel like I’ve been born anew as a complete Jew,” he said, adding, “and it happened thanks to you.”

Yad L’Achim announced that the five children were being registered in Torah schools en route to accepting the life of Torah and mitzvos they had just accepted upon themselves. In addition, further circumcisions were being scheduled for other members of the family.