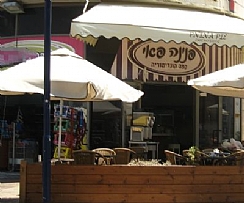 The religious community of Ashdod is up in arms over the Supreme Court’s ruling that the city’s Chief Rabbi, Harav Yosef Sheinin, must restore kashrus certification to a bakery that is owned and run by missionaries.

Harav Sheinin had removed his hechsher from the Pnina Pie bakery after being notified by Yad L’Achim that its owner, Pnina Komforti, is an active member of the Messianic Jews cult.

This week, Yad L’Achim distributed flyers throughout the city warning Ashdod residents that the bakery is owned by missionaries and that the only reason it has a hechsher is because of High Court coercion. (It noted ironically that the hechsher was from the bagatz – an acronym for the High Court – and not from the badatz, the respected authority in the religious community.)

“Would Jews, who understand the serious danger of missionary activity, buy from a store that is owned by a missionary and whose kashrus certificate was given by order of the High Court?”

“I have received many calls from Rabbis and public figures from Israel and abroard regarding the court’s decision,” Harav Lifshitz said. “The decision is a serious blow to the standing of the Rabbinate and Rabbanim who are forced to give out kashrus certification under duress. It is a serious blow to the kashrus-supervision administration, when missionaries are entitled to benefit from a kashrus certificate. Most importantly, this latest move gives unprecedented support and encouragement to missionaries in Israel and in the Diaspora, who now have an official stamp of approval from Israel’s kashrus agencies.”

Harav Lifshitz concluded his request with a suggestion that “the Chief Rabbinate call a meeting of Rabbanim from around the country to issue a protest and to consult on how to counter this dangerous step.”