Main > Intermarriage and life-threatening situations > ‘This Baby Is Jewish. I Don’t Want Him’

‘This Baby Is Jewish. I Don’t Want Him’ 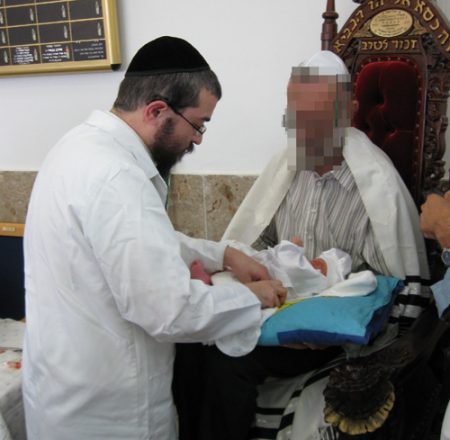 The dramatic story begins with an anonymous email that arrived eight months ago at the headquarters of Yad L’Achim in Bnei Brak. The writer, identifying herself only as a nurse at a well-known hospital in the center of Israel, wanted to share information about a Jewish woman who had just given birth to a son.

“I’m forbidden by rules of confidentiality from divulging details about the woman, but she is a Jew and her husband is an Arab and I have the feeling that she is suffering greatly from this relationship. I decided that I would write you without giving any identifying details of either the mother or myself, and to leave it to you to deal with the case as you see fit.”

Shortly after the email was received, two female Yad L’Achim activists were at the hospital’s maternity ward trying to identify the mother. When their best efforts proved futile, Yad L’Achim sent an email back to the sender with an emotional appeal: “Please give us additional details. If a mother in your care is suffering, how can you remain silent?”

The disappointing response appeared to slam the door on any hope of helping the poor woman: “Sorry. She left the hospital. Shalom.”

But six months later, Yad L’Achim got a second chance to be of assistance. A call came in on the organization’s hotline from a woman in the south of the country whose daughter had succeeded in escaping from an Arab village, after enduring terrible abuse at the hands of her husband.

The woman was overwhelmed with gratitude to G-d for delivering her daughter to safety. There was just one thing that kept her joy from being complete. Her detailed request left no doubt that her daughter was the woman who disappeared from the maternity ward before Yad L’Achim could reach her.

“My daughter gave birth to a baby boy last Sukkos at a hospital in the center of the country, but her Arab husband wouldn’t allow the baby to have a bris. A short while later, after my daughter returned home with her baby to the Arab village, she understood that her life was in danger and that she had to run away. She couldn’t take her baby with her, but felt confident that once she was safe she would find a way to extricate the baby.

“After the Arab discovered that his wife had run away to our home, he called and notified her that she should give up any hope of seeing her child again. ‘Don’t you dare ask me about him,’ he said. ‘This boy is going to be raised by me.’

“We’re appealing to you at Yad L’Achim. Please help my daughter get her son back.”

Yad L’Achim’s legal team reviewed the case and drafted a strategy for returning the baby to his Jewish mother. But even as efforts were underway, the story took a surprising twist. On Friday, May 25, right before Shavuos, the Arab showed up at the door of the grandparents, baby in hand.

Yad L’Achim was notified of the blessed news and immediately turned to the Bris Yosef Yitzchak organization, which specializes in providing circumcisions for such cases, to arrange the bris, which was held last week.

The closing of the circle was a reminder of what Yad L’Achim’s legendary founder Hagaon Harav Shalom Dovber Lifschitz, zt”l, always said: “We must never give up on any Jew.”