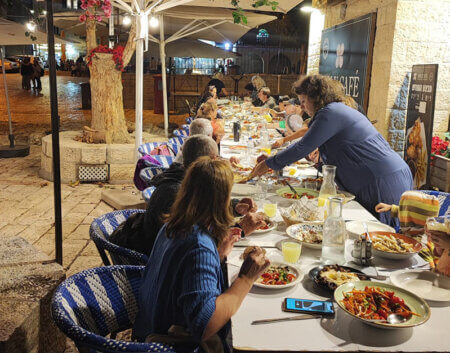 Ever since the invasion of Ukraine, Yad L’Achim has been running a broad range of activities for Jewish refugees from Russia and Ukraine – both to bring them closer to their Father in Heaven and to save them from the missionaries who are lying in wait for them in Israel.

The activities are focused in cities with large numbers of immigrants who have been targeted by missionaries seeking to take advantage of their distress and the fact that they are desperate for social contact and support.

In Netanya, Rosh Hashana prayers were held for 800 people, mostly new and veteran immigrants, in Yad L’Achim’s shul. Some of the immigrants were regulars at Yad L’Achim events, but many were newcomers attracted by an extensive advertising campaign. Many were heard to say that they plan on coming back.

In Haifa, Rosh Hashana prayers and meals were organized for some 200 immigrants from the FSU. At the same time, 100 immigrants participated in a special “Selichos tour” in Yerushalaim, while dozens of others visited the graves of tzaddikim in Meron and Tzfas.

In Ramat Gan, lectures, Selichos and Rosh Hashana prayers were organized for more than 100 Jews, including new immigrants and locals who davened together in harmony.

Yad L’Achim programming includes Kiryat Yam, where regular Torah classes and tefillos are held during the week. On Rosh Hashana, more than 200 immigrants participated in the davening, some for the first time in their lives. The immigrants shared a festive meal together with a Rav from Yad L’Achim who moved to the city, and felt the exalted nature of the holiday.

In Ashdod, hundreds of Ukrainian refugees have become members of the Yad L’Achim community. Many participated in a moving Selichos Tour organized for them in Yerushalayim that included a visit to the Kosel.

The tour began at the entrance to the Old City and proceeded by foot to the Kosel, with a Russian-speaking guide pointing out important historical sites along the way.
Especially moving was the moment of their arrival at the Kosel, which for most of them was a first. They spent many long minutes pressed up close to the stones of the Wall, the remnant of our Beis Hamikdash, tearfully pleading for relatives who had been left behind – that they be healthy and whole, and merit to be inscribed and signed for a good life.

Afterwards, they were taken on a tour of the Kosel Tunnels, and then to a restaurant in the Jewish Quarter where they were served an elaborate dinner accompanied by lectures, songs and programming on the holidays.

As reported recently, Yad L’Achim has intensified its activities around the country to prevent the immigrants from falling, chalilah, into the hands of the missionaries. As part of this effort, it is providing refugees with a warm communal framework and regular deliveries of food and other staples needed to acclimate in the holy land in the best possible way. 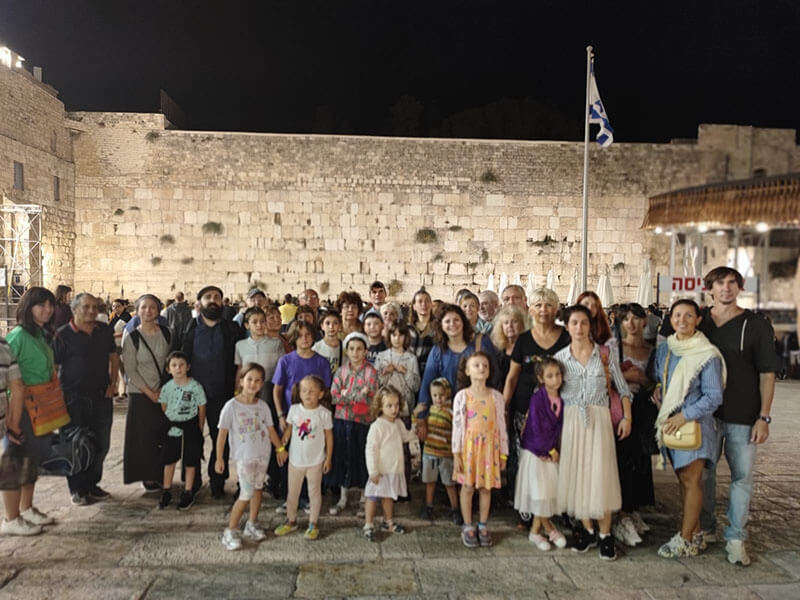