Main > Missionary activities > Yad L’Achim to Defense Minister: Remove Cult Members From IDF Who Are Trained to Preach to Soldiers

Yad L’Achim to Defense Minister: Remove Cult Members From IDF Who Are Trained to Preach to Soldiers 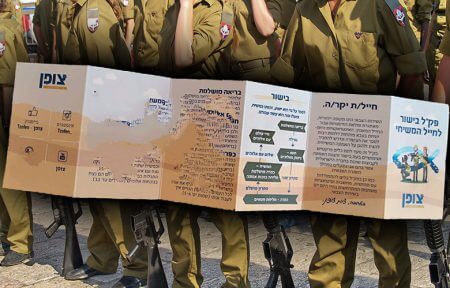 The missionary flyer that is being distributed to cult-member soldiers

An internal missionary publication that has reached the hands of Yad L’Achim reveals that Christian organizations are training their members who are IDF soldiers in how to get their Jewish comrades to convert.

The publication, put out by a missionary organization called Natzor, is aimed at members of the “Messianic Jews” cult who are doing their military service. Officially, the organization claims it is helping its members cling to their faith in the army’s Jewish environment. However, in reality it is instructing them on how to take advantage of their service to preach Christianity to Jewish soldiers, who put their lives on the line and could be emotionally vulnerable.

“Military service is a unique period, challenging and full of opportunities,” the publication states. “The day-to-day interaction in the army opens many doors to preach the gospel… This pakal [Hebrew acronym for Standing Battle Order] is meant to give you practical tools for preaching and presenting the gospel to different groups in Israeli society that we encounter during military service…”

The publication presents a general overview on Christian preaching and even offers specific missionary arguments that should be used with religious soldiers, as opposed to those that are to be used with secular ones.

Due to the seriousness of the matter, Yad L’Achim sent an urgent letter to Defense Minister Benny Gantz calling on him to removes active missionaries from the ranks of the army and to stop drafting cult members.

The letter states that Christian preaching in the army “is in complete contradiction to the orders of the army and to moral logic. The Israel Defense Forces must take a tough stand against unrestrained preaching to convert to Christianity in its ranks. It is clear that there is no place for missionary cult activity that seeks to change the delicate fabric of the army and to stab a knife in the back of the Jewish nation.

“In response, the soldier petitioned the High Court (329/87), which ruled against him, saying that Rabin did the right thing.

“We ask that you put an end to the military service of soldiers who act to get Jews to leave their religion and stop drafting cult members, in the knowledge that they are being trained to preach to their fellow soldiers.” 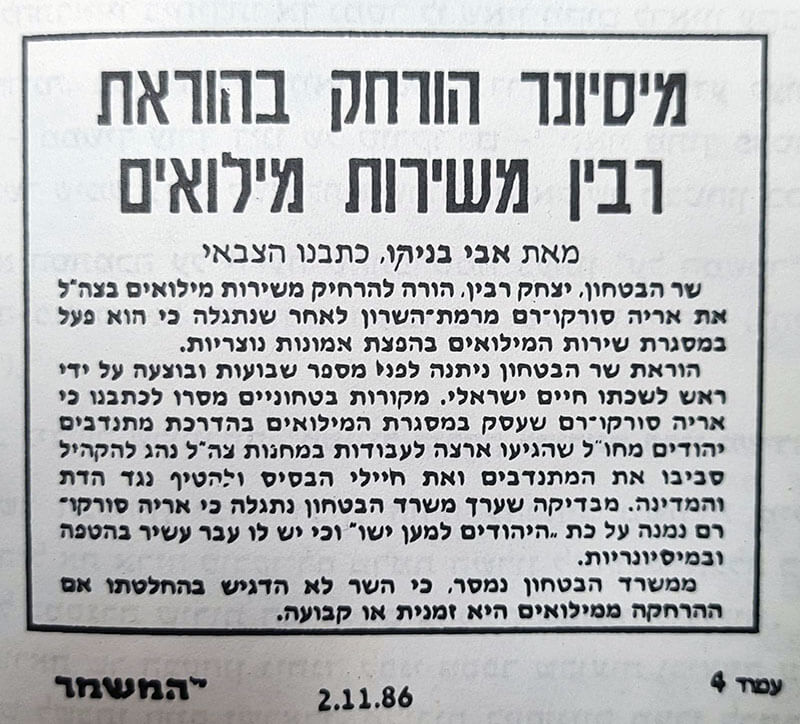