Main > Departments > RESCUE FROM LIFE-THREATENING SITUATIONS > Some Things Worth Knowing

Some Things Worth Knowing 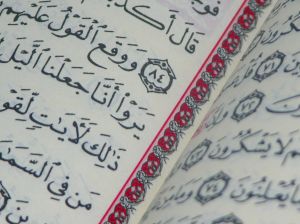 “It’ll never happen to me,” we like to say. But experience shows that it does happen, in the finest of families, and young girls should be made aware of the facts before they get involved in such relationships.

Blood is thicker than water, and if the man is Muslim or Christian, sooner or later he will seek to undermine the relationship.

It’s important to understand that the Koran relates to a husband’s treatment of his wife very differently from Western norms. What a western woman would regard as a breach of her rights, Muslim women find perfectly acceptable.

A Muslim man can marry up to four wives. A Muslim woman is regarded as the exclusive property of her husband. In the case of divorce, the children and property remain with the man.

Similarly, according to Islamic doctrine, a Jewish woman who converts to Islam and marries an Arab loses her right to the children if she divorces him and returns to Judaism.

A Muslim man can beat and abandon his wife if he feels it is necessary to assure disciplined behavior: “The Koran bestows on man the right to straighten her out by way of punishment and beating provided he does not break her bones nor shed blood. Many a wife belongs to this querulous type and requires this sort of punishment to bring her to her senses!” (Abdul-latif Mushtahiri)

It should also be stressed that children who are born to a Jewish mother and a Muslim father suffer from a serious lack of basic identity. They are Jews in the eyes of the Arabs, and stigmatized, but have no knowledge of their Judaism.